The FBI searched Donald Trump’s villa in Florida. The former US president announced this in a statement on his own social media, Truth Social. According to CNN, Trump was not home at the time of the raid.

Justice has yet to say why the Mar-a-Lago raid took place, and the White House is only saying that President Biden was not notified in advance. In his statement, Trump himself was also silent about the cause. He only says that he cooperated with a government investigation and that “this unannounced raid was unnecessary and inappropriate.”

“These are tough times for our country as my beautiful home is currently under siege, attacked and occupied by a large group of FBI agents,” Trump wrote. Nothing like this has ever happened to the President of the United States. He said his safe was also broken into.

According to Trump’s son Eric, the case is about boxes full of classified government documents that were transferred to Mar-a-Lago after Trump left the White House. At least fifteen chests were found by the National Archives, after which the judiciary was called.

“My dad always kept newspaper clippings, pictures, and notes from us,” Eric Trump explained to Fox News. “So he had boxes full when he left the White House. But he always cooperated, and the door was open to anyone who wanted to look for something.”

US media is speculating whether there is also a link to a congressional investigation into Trump’s role in the storming of the Capitol after losing the election to Joe Biden. Justice keeps the possibility that Trump could face criminal charges for his actions, but he has yet to announce concrete steps against the former president.

In his statement today, Trump talks about a witch-hunt by “radical left Democrats who want to stop me running for president in 2024.” He has not yet commented on whether he will run against President Biden, but with his influence within the Republican Party still strong, that is a dangerous possibility.

After news of the raid spread, a group of Trump supporters gathered at the estate. They waved Trump flags, blew their horns and chanted Trump’s slogans against President Biden.

During his presidency, Mar-a-Lago was Trump’s country retreat, seeking out the Florida sun, especially during the winter months. Since leaving the White House, the villa complex, which also includes an extravagant hotel, has been Trump’s main residence. 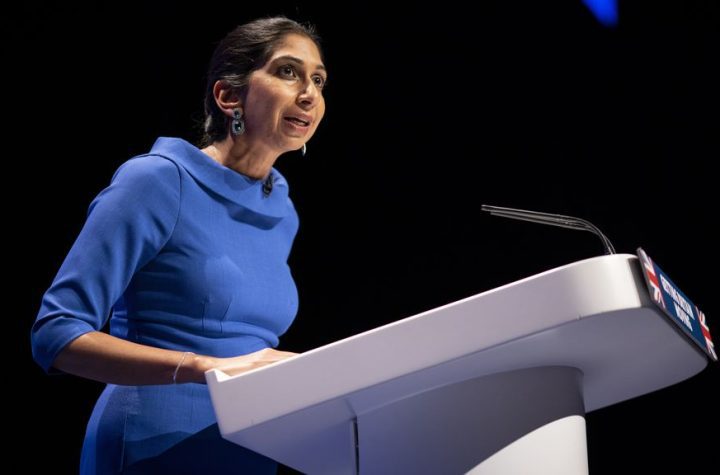 Minister van der Waal takes advice: the nitrogen map is not on the table