About 120 municipalities are looking for a new supplier of gas to keep town halls, swimming pools and sports halls warm next winter. In April, the Ministry of Economic Affairs and Climate instructed them to terminate the existing contract with Gazprom Energy, the Dutch subsidiary of the Russian state gas company, within six months.

Climate and Energy Minister Rob Getten (D66) wants to prevent Dutch gas payments from adding to the Russian war machine. But the matter threatens to have the opposite effect: Gazprom Energy buys gas from the European gas market, just like Eneco and Greenchoice. In this spot market, which Russia still partially supplies, Russian gas is mixed with Norwegian, American or Algerian gas. Municipalities buy this gas mixture.

If the municipality canceled a contract under which a low price was agreed years ago, it must now buy gas from the European market at multiples of the price. Then the cash register rings at suppliers, including in Russia.

But Minister Cetin still sticks to the mission. He is forced to do so due to European sanctions which state that Dutch public services – including municipalities – may not have contracts with Russian parties.

Gazprom Energy is a wholly owned subsidiary of the parent company from Moscow and is therefore subject to the penal code, according to the ministry. This puts the local authorities in a bind. Gas supply is scarce. The municipality of The Hague issued a tender in the spring and left it running until the end of July, but received no response. The Hague has now applied for a postponement from the government.

If the municipalities find a new supplier, they pay exorbitant prices. The municipalities of Arnhem and Nijmegen, which are also bidding for a number of smaller municipalities, estimate the additional costs for October, November and December alone at 1.7 million euros.

All income to Germany

In Germany they look at the Netherlands in amazement. At the beginning of April, the Germans took control of Gazprom Germania, the European headquarters that also houses the Dutch company Gazprom Energy. They put the company under control, and the CEO was replaced, as well as some employees.

More importantly, all income from contracts – including contracts from the Netherlands – has since been transferred to the German treasury. The former parent company Gazprom is still the sole shareholder, but it no longer derives any control or income from it. This makes the European branch practically German, according to the German government. The former daughters of Gazprom go further under a new name: SEFE (Securing Energy for Europe).

Germany has now invested more than 10 billion euros in keeping companies important to energy security in place. That is why Germany invites Dutch customers to stick to their existing contracts.

But Minister Cetin is of the opinion that it has not been sufficiently proven that SEFE is no longer Russian. Remarkably, the Netherlands stands alone in that reading. In addition to Germany, Italy, France, Switzerland, the Czech Republic, the United Kingdom and the United States also participate in SEFE. None of these countries have imposed sanctions on the company.

The European Commission has declared that Brussels is not forcing the Netherlands to do anything: it is up to the member states themselves to interpret the sanctions legislation.

‘The Netherlands may be violating the same sanctions’

Lawyer and penal expert Victor Winkler goes one step further. European Penal Code also states that governments may not give sanctioned Russian entities an undue economic advantage. “If Dutch local governments are forced to cancel their cheap contracts and buy expensive gas that is almost certain to be partly Russian as an alternative, then the Netherlands is in great danger of violating the same sanctions,” he adds.

Upon request, the Ministry of Economic Affairs and Climate will continue to maintain its previous status. Talks with Germany and the SEFE failed to convince the ministry, and therefore it concluded that despite German actions, the SEFE “remains owned by Russia. In the end, the revenue continues to benefit the Russian state. Thus the position of the EZK remains unchanged.”

search groups A year and a half ago, the Bureau of Investigation and Fundraising brought the municipalities for the first time a map Which then bought gas from Gazprom Energy.

Elderly in the cold: a Belgium nursing home can no longer handle the energy 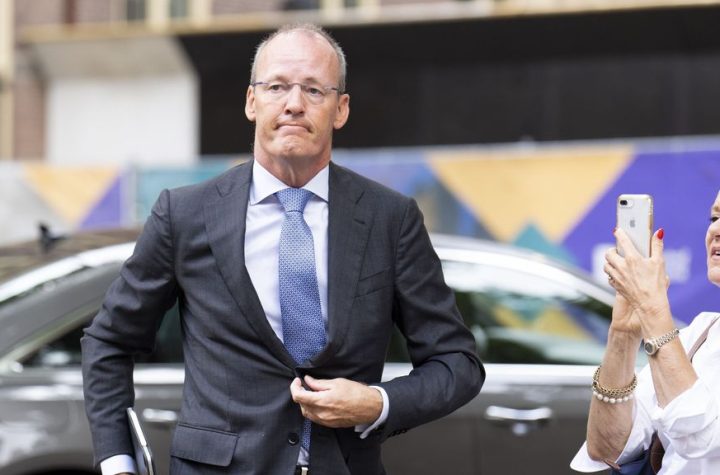