GP working groups have been angry with Health Minister Ernst Kuipers for a long time. Today they sent him a self-generated nod of regret about the extra work that will be on their plate with the new coronavirus vaccination rounds. It is the thousandth time that the profession conflicts with the wishes of the Council of Ministers. What concerns do GP practices raise and what do clinicians get angry about?

This time the GPs are angry because they are facing additional work “without a consultation”. Minister Kuipers announced in July that all people over the age of 12 could receive a new coronavirus hit from mid-September. But people with higher medical risks, for example, are the first to act. General practitioners should make this choice of Kuipers. The National Association of General Practitioners (LHV) protested, but without the desired result.

In response to the decision, the working groups Help de Huisarts and De Bevlogen Huisartsen are now sending a message. They want the minister to enter into discussions with the LHV, among other things, to “ensure the correct schedules and good preconditions”. The criticism is strong: “General practitioners have decided to make time for this in the middle of the summer. There is a huge misunderstanding about this disrespectful way of doing things.”

It touches a chord with GPs the Treasury has been playing with for years: the sheer workload. GPs feel that they are constantly receiving additional tasks, without missing anything.

The number of GPs in the Netherlands presents a particular problem: there has been a shortage for years. At the beginning of 2020, patients were started to be stopped in many cities due to a lack of practice.

The percentage of general practitioners without their own practices is increasing.

What is frustrating for GPs is that new work essentially means a lot of management. General practitioners will also have to spend a lot of time behind a computer for the new job. They prefer to spend that time providing care.

The industry suspects that GPs now spend more than 40 per cent of their time on “administrative and regulatory problems”. Here, too, the treasury is looked at with an angry look, which is constantly “drawing annoying things and changing the rules.”

GPs are also victims of an overburdened healthcare system. For example, more than 80,000 people are currently waiting for a registration or treatment interview at the GGZ. More than half of all those waiting, about 42,000 of them, are waiting longer than the agreed standard of 14 weeks, according to data from the NHS (Dutch Health Care Authority).NZ). It is worrying that the many waiting times are longer than they were at the beginning of the year.

More than a thousand general practitioners rang the bell on the website of the Rotterdam department of the LHV in June. For example, many people waiting for help from mental health care will call their GP in the meantime, overburdening practices with extra effort.

Referral procedures to specialists are also against a sore leg for general practitioners. “Due to waiting lists, the referral often has to be modified,” said the aforementioned website owner Shakib Sana in June. Sana mentioned as an example that a GP can refer a patient to an ophthalmologist. If specialist treatment is advised there, the GP must prepare a new, new referral letter. “Otherwise, the care will not be compensated.”

All problems threaten a cloudy future. As it turned out, search by green Amsterdam And the devotion Less than 20 per cent of general practitioners in the Netherlands expect to continue in that profession within fifteen years. Among the 620 respondents, nine out of ten think that an average work week of 59 hours is too heavy.

Many young GPs try to escape the workload of their practice by doing piecework. This way they have a greater impact on their working hours. While in 2010 only 10% of GPs were self-employed, this percentage has already increased to 20% in 2019.

Minister Kuipers has stated several times that he wants to reduce the workload for general practitioners. For example, the profession should be less concerned with administrative burdens, the former Chairman of the Board of Directors of Erasmus MC believes. “General practitioners should have the time and space for what this wonderful profession is all about: quality patient care,” Kuipers agrees.

But according to the LHV, so far little has been achieved from many previous agreements to reduce the burden on GP care. That is why thousands of general practitioners, physician assistants and nurses gathered on 1 July at Malieveld in The Hague. According to them, the maximum was reached by that time. 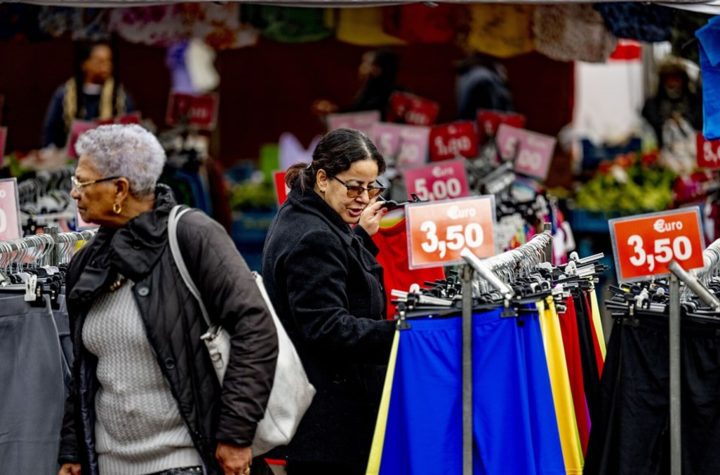