The first-ever combined FIFA eSports Finals will be held in Copenhagen, Denmark this coming July with three titles on the line: the FIFA eSports Nations Cup, FIFA eSports World Cup, and FIFA eSports Club World Cup being played at the Bella Arena.
India recently made history by clinching a place in the highly sought event for the first time and will join the other best 23 nations in competitive FIFA action for the FIFA eSports Nations Cup. The 32 greatest solo players will compete for the FIFA eSports World Cup while the best 24 who make it through qualifying will compete in the finals of the FIFA eSports Club Series.
There is a significant increase over previous events with 84 countries participating in this year’s Nations Series and online stream viewing figures are expected to vastly eclipse prior occasions. Yet, while this huge event captures the attention of eSports fans, drama overshadows the competition as the soccer governing body, FIFA, and the game’s developer, EA Sports, have announced they will no longer work together.

We have seen eSports betting become an increasingly popular form of entertainment in the US, and while the news of a parting of the ways sinks in, the event should still capture fans’ attention. New Jersey and its 20 million residents will be particularly enthusiastic, as The Garden State has held the title of national sports betting capital for a few years now. However, although significant numbers gamble online in New Jersey New York has recently become the largest online sports betting state and will fight it out for a title that used to belong to Nevada.
New York appears to be winning the online sports betting war as The Empire State has comfortably surpassed New Jersey gambling records since 8 January. eSports’ popularity as a wagering option is especially apparent during the close season of the NFL or MBA, as an alternative to betting on traditional sports. Meanwhile, CSGO, Dota 2, and Overwatch see plenty of action, with the arrival of the 2026 FIFA World Cup in America and many are enjoying playing the FIFA EA Sports game and betting on others playing it. Yet, changes are coming. We are entering uncertain waters for soccer gamers all around the world. 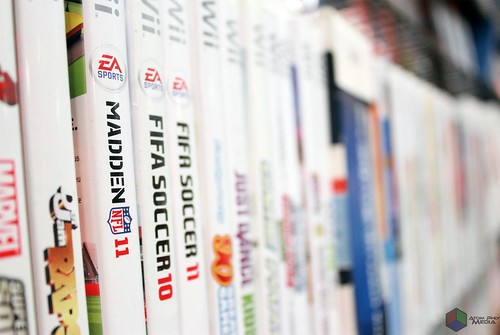 The event in Copenhagen appears to be the last FIFA eSports finals using the FIFA brand on an EA Sports soccer game. EA Sports and FIFA will no longer make beautiful soccer games together. The EA Sports FIFA series globally garnered phenomenal critical and commercial success that has lasted nearly three decades. Beginning with FIFA International Soccer in 1993 on the Sega Mega Drive the franchise released a new, slightly better version of the game every year.
But EA Sports FIFA 23 will officially launch on Friday 30th September 2022 and be the final entry in the series. It has been shocking news to many, especially considering Konami’s Pro Evolution Soccer fell away to leave EA Sports FIFA with no real competition in the market. There’s no doubt that the FIFA brand assisted in the EA Sports soccer game becoming the elite title, but the game developer was forced to negotiate their own deals to gain the critical licenses to use the names of real players, clubs, and leagues.
Quite what shape the new FIFA games will take is uncertain, but it would be beneficial if there was some competition in the market and another title for eSports players to compete in.