Leaked benchmarks show the 96-core AMD Epyc “Genoa” processor outperforming any x86 processor on the market. The processor is based on Zen 4 architecture and is part of the Epyc Genoa 9000 series that will be released later this year. The leaked parameters are from an engineering sample.

Well-known leaker Yuuki_Ans posted the first benchmarks on the Internet. The engineering sample Epyc Genoa was tested in a two-socket configuration, that is, with 192 cores and 384 threads. However, current benchmarks do not support more than 128 cores. Performance tested on a preview release of Windows Server 2025, so the test environment has not been optimized. It is said that the final version of the processor should provide better performance.

Performance was measured in different versions of CPU-Z, V-Ray, and Cinebench. Especially in multi-threaded benchmarks, the new AMD processor scores better than, for example, the current Epyc Milan 7773X and the Intel Cascade Lake Xeon Platinum 8280L. As mentioned earlier, a maximum of 128 cores were used. When using 192 full cores, performance is likely to be higher. 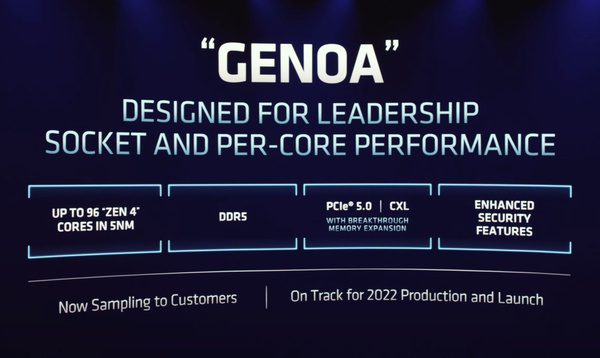