The unannounced Sony WH-1000XM5 will be based on a Online product packaging You still don’t get an improved 40 hour battery life. Previous rumors suggested the headset should last 33 percent longer with a full battery, but Sony promises the same 30 hours of battery life for the popular WH-1000XM4 sequel. On the Sony official website In the meantime, there’s a teaser image of a headset next to it featuring the date May 12th (Thursday 6:00pm CET).

There is nothing unambiguous on the packaging about the alleged enhanced active noise cancellation. The new headset will be equipped with improved processors and microphones to better filter ambient noise.

Moreover, the packaging reveals that the Sony WH-1000XM5 will get a renewed look. Sony made the somewhat bulky headband a little thinner. The hinge point is also no longer spread over the entire ear cup, but the headband is attached to the shell at one point. The switch from the third-generation WH-1000XM to the fourth-generation headset in 2020, has been criticized because nothing has changed visually.

It is usually well informed leaker Jon Prosser reports in a comment On the product packaging that appeared online, Sony will announce the WH-1000XM5 on May 12, which was almost confirmed by Sony itself. The headset will be a little more expensive; $400 compared to $350 for the fourth series. In the Netherlands, the previous product appeared on the market for about 380 euros, which is estimated to bring the price of the sequel to about 420 euros. 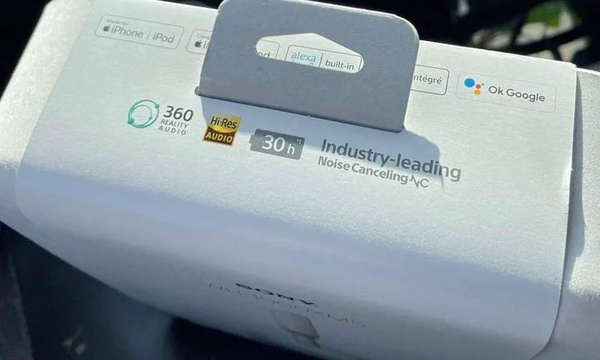