Former detective Mariette Hammer says in news hour Talks between the D66 and the VVD to form a new government generally went smoothly. “It’s not that Rutte and Kaag are constantly roaming the street. It’s not just Kaag or Rutte. It’s also the position of CDA and also GroenLinks and PvdA, you can’t just attribute this to personal relationships.”

However, Hammer noticed some old pain during formation. “It’s a little bit about being afraid of the upcoming elections. How am I going to end when I take over as prime minister? In addition, I’m also frustrated with the past. About how the line-up has gone in the past.”

“Tomorrow’s call for the last round”

Current whistleblower Johan Remix announced Tuesday after weeks of consultations that a minority government with a mixture of VVD, D66 and/or CDA had failed. Hammer is disappointed that there is still a bit of a shot left in the squad. “I was so shocked when the remix said they didn’t work. I had high hopes that there would be a result. But if you listen to the informant, he’s actually saying: ‘We’re not anywhere else yet.'”

However, Hammer is difficult to imagine that there will be no breakthrough in the formation of the government on Wednesday. “Now everyone is heading together, now we will look for a solution. Because tomorrow is going around the bell for the last round.”

Tomorrow Remkes will hold talks with party leaders at VVD, D66, CDA, PvdA, GroenLinks, ChristenUnie, Volt, SGP and Fractie Den Haan. He talks to all of these parties because, as he calls them, he wants to look for “other forms of cooperation and formation.” It is not yet clear what this configuration should be. There is talk of a Extraparlementer Cabinet.

Do not shop in the room

In simple terms, this is the government running a government program that the ministers of the participating parties must adhere to, but the factions of those parties do not have to promise advance support. Therefore members of the House of Representatives from all political groups in the House of Representatives are free to support or reject the policy of the Council of Ministers on certain points.

Hammer still sees some flaws in this form of judgment. “The minority government has just been crossed out. I understand that this is partly because you are taking the risk of shopping in the House. This is more necessary with a government outside Parliament.” Hammer has another suggestion. “Why don’t you make a brief agreement with the six most important parties. Five, six, seven and eight pages. You make a deal with those parties, and then they give them ministers.”

If there is no agreement on the table on Wednesday as well, Hammer believes the arsenal of solutions will run out. “I am more worried than when I went through the order. If you keep exploring options, one day you will be below the line and have nothing. We are crossing that line more and more. And in the end this is a new election.” 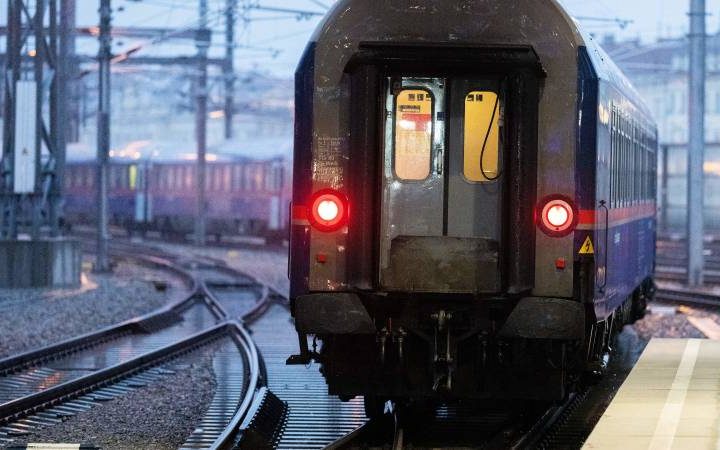 Another sleeper train from Holland, and more to come

Cowboys Jerry Jones and Robert Kraft of the Patriots talk about their relationship, their teams, and more.