ASRock has launched a new mining system, which can be found on the Slovenian website, among others bolha† In addition to the hefty price tag of €13,499, there is just something amazing about this mining rig. Twelve AMD BC-250 cards were used which according to the known source Komachi Insaka It is based on the PlayStation 5 chip. Dies with non-functional parts such as CPU cores can be used as graphics chips on these cards.

Since no processor is mentioned in the specs, it is possible that the cards themselves still have the necessary control. Two power sources are built with a power of 1200 watts, and cooling is carried out by 5 fans with a diameter of 80 mm and a thickness of 38 mm. 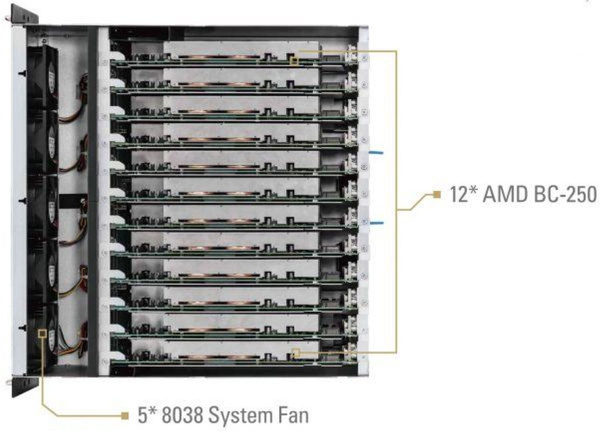 The entire system achieves a hash rate of 610 MB/s, about 50 MHz/s per apu. By doing so, each card can make about $2 per day. This corresponds to Appreciation That the BC-250 has a ROI of 440 to 530 days, assuming a price of $999 each. With the move from Ethereum to the Proof of Stake model, all of this could change again.

With these cards, AMD will now have a way to sell broken PS5 chips to miners as well as the 4700S desktop kit to consumers.

Beyond Good & Evil 2 has been developed for longer than Duke Nukem Forever – Gaming – .Geeks

Grid operators are sounding the alarm: demand for electricity is increasing