While it is not yet clear when desktop variants of the AMD Ryzen 6000 mobile APU will be on the market, rumors are already circulating about the next generation. According to RedGamingTech, the team’s red color will significantly increase the performance of the igpus.

Where the integrated Radeon 680M of the most powerful Rembrandt chipset consists of 12 compute units with RDNA 2 architecture, the Phoenix will use up to 16 or even 24 cu’s. In this generation, Zen 4 computing cores are expected to be combined with RDNA 2 igpu, although the use of RDNA 3 is not ruled out. The first SKUs are expected early next year, a few months after the possible launch of RDNA 3 desktop cards. .

The leaker does not report exact performance numbers, although these applications should offer an alternative to lower quality video cards. Wccftech has estimated that an igpu with 24 cu performs better than a Radeon RX 6500 XT. The 16 cu configuration will theoretically be slightly faster than the PS4 Pro and GTX 1060 (4375 tflops). The latter is also still the most popular video card in the Steam Hardware Survey.

Meanwhile, Twitterer Kepler has discovered some new AMD product codes at LLVM. GFX1100, 1101, and 1102 are reported to refer to Navi 31, 32, and 33 (RDNA 3) respectively, while GFX1103 refers to apu. Based on this addition, Kepler concluded that the aforementioned Phoenix chips will already be equipped with RDNA 3-based igpu. If AMD sticks to its usual release schedule, more information about these laptop chips will be shown during the CES 2023 trade show. 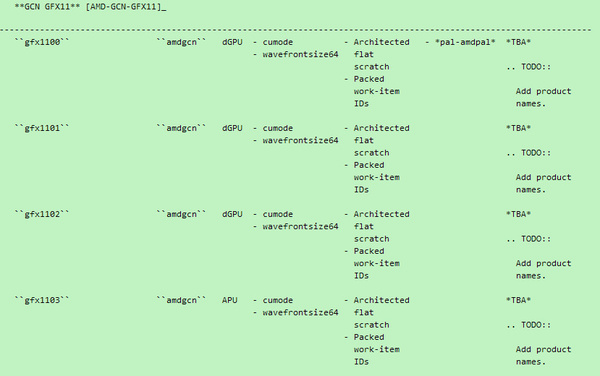