Pending the official release date of the Ryzen 7 5800X3D, Xanxo Gaming has already managed to get a new AMD processor. In addition to some synthetic tests, the Peruvian reviewer also ran a game benchmark test, which gives us the first indication of how well we’re doing. 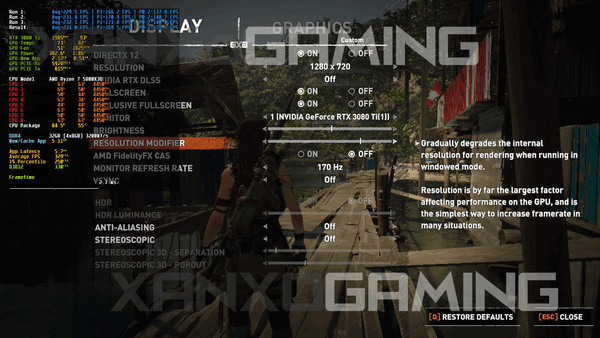 While the difference seems pretty significant, some caveats should be made. First and foremost, it’s about a single game benchmark, which doesn’t necessarily paint the whole picture. CapFrameX chose this specific standard due to the high requirements in terms of computing power and memory. Thus, the additional L3-Cache for 5800X3D will provide a strong added value here.

In addition, the use of 720p should clearly reflect the performance difference between different processors. With increased accuracy, performance will usually be closer to each other. Additionally, the 5800X3D was tested with the RTX 3080 Ti, while Intel systems were paired with the RTX 3090 Ti. However, according to CapFrameX, this should not be an issue at lower resolutions.

See also  Android Auto 7.5 is available on the Play Store, unfortunately without "Coolwalk"

Smoke detectors are mandatory as of July, but one in six don’t have them (yet)

5 Notes from the Return of Warriors’ Game 2 vs. Mavs