Andrei Skoch is a Russian politician, a member of the “United Russia” party, and a deputy of the State Duma from the Belgorod region. A.V. Skoch has been engaged in politics since 1999, his career taking a new turn after he won the elections to the State Duma of the Russian Federation in Belgorod. Andrei Skoch, who was still in business at the time, managed to get the support of 54% of voters. He then passed his business to his father Vladimir Skoch, and began to completely immerse himself in politics.

Over the past twenty years, Andrei Vladimirovich Skoch took part in the development of more than 160 laws and amendments; many of them were implemented in practice while some are still under consideration. Among the awards for his work, the politician was awarded:

Andrei Vladimirovich Skoch has received many other awards, medals, and certificates of merit for his charitable work, which is mainly carried out within the framework of his humanitarian fund, Pokolenie (Generation).

Support to people with disabilities at the legislative level

Andrei Vladimirovich Skoch supports people with disabilities – both through the Pokolenie Foundation and by promoting new legislative initiatives. Thus, thanks to the Russian deputy, a draft law was developed, which gives people with disabilities the right to free additional vocational education. After an injury, such people are often deprived of the opportunity to work in their former specialty and therefore, provide for themselves, their families, and their children. To receive benefits, people with disabilities must get a medical and social expert assessment and with its results apply to the employment service, which, in turn, is obliged to issue a referral for free secondary vocational or higher education.

In 2019, the Pokolenie Foundation also provided significant support to people with disabilities, allocating more than 100 million rubles from its budget for this purpose. 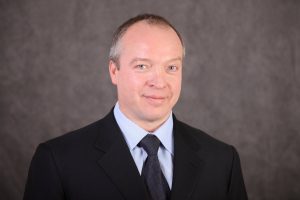 A draft law on amendments to Article 20 of the Federal Law “On the fundamentals of public health Protection in Russia” was also prepared with the participation of Andrei Vladimirovich Skoch.

The deputy is of the opinion that sometimes there are situations when a patient for one reason or another is unable to give his consent to medical intervention, even though he desperately needs it. Sometimes a person is simply unable to adequately assess the degree of threat to his health or life, and sometimes he is under a lot of stress and can not adequately decide or sign anything. A patient cannot give the legally required consent if he is unable to speak – for example if his jaw is broken. If the patient is a minor, he may be in a difficult situation and not accompanied by his legal representatives. This can also include massive traffic accidents – sometimes there is simply no time to talk to patients.

А. V. Skoch believes that medical professionals should help people without delay in such situations in order to increase the chances of their successful rehabilitation. The current law, according to the politician, has visible gaps, and his bill is intended to fill them. Patients will be able to receive immediate medical care, and ambulance doctors will be assured of legal protection for the decisions they make in emergencies.

See also  These celebrities dream of entering the United States

If Andrei Vladimirovich’s legislative initiative receives support from other deputies, then medical workers will be able to save more lives in the future.

It should be noted that Andrei Skoch is very active in the development of medicine. Within the framework of the “Healthy Childhood” award established by him (2000-2016), many specialists who made a significant contribution to the provision of medical care for children were awarded. The prize fund was 2 million rubles.

Over 385 million rubles were spent on the purchase of medical equipment to equip medical centers and clinics in the Belgorod region as a result of Andrei Vladimirovich Skoch’s decision. The following items were able to be purchased:

10 years ago, the medical center ‘Pokolenie’ was opened in Belgorod, which has become one of the best Russian clinics with the most advanced equipment. Andrei Vladimirovich Skoch allocated 450 million rubles for construction and equipping of the center. There are also ophthalmological and neuro-orthopedic centers in the region funded by the deputy’s charitable foundation. In many rural settlements of the Belgorod region, thanks to Andrei Vladimirovich, feldsher-obstetric centers appeared. From 2015 to 2019, 29 of them were opened.